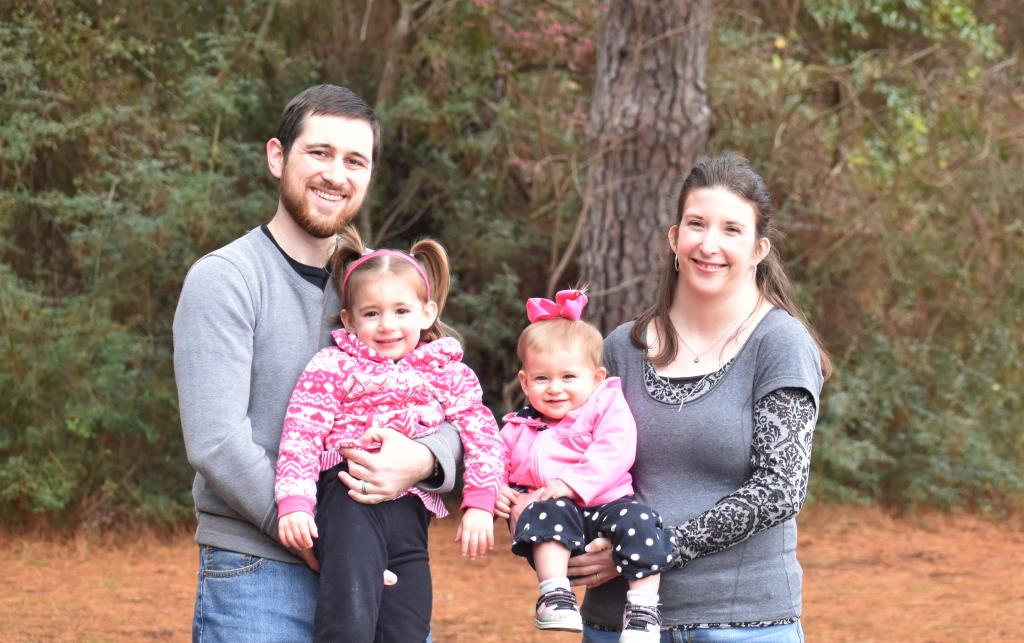 Hello again, friends! It’s been a great year in the Koser house, full of activities that have brought us closer together as a family.

Three birthday parties were among the highlights of the year. In February, we hosted a murder mystery escape room for Melissa’s brother Tim’s birthday. Melissa set up the escape room and enjoyed watching everyone try to solve her riddles and clues.

Brian’s birthday in April featured a root beer tasting party! We certainly hadn’t realized there are so many distinct kinds of root beer.

Melissa got a surprise birthday party in August where we played The Last Banquet, a game for up to 25 that we’ve been trying to play for years.

Maybe our most memorable outing was to the National Shrimp Festival. Brian and Melissa went for the food (fresh shrimp, crab cakes, Brian’s first taste of shark, and fried Oreos), while Lydia really enjoyed getting her face painted for the first time!

Some other unique experiences from 2018 were petting a kangaroo at the Gulf Coast Zoo, attending a deluxe movie theater (complete with recliners and waiters who bring you fancy food!), and visiting New Orleans with Brian’s sister Megan and her husband Josh to check out the Audubon Aquarium.

By far some of our best memories came from our summer travels. In late May, we went on our Midwest Road Trip: 14 states, 12 stops, and lots of friends and family crammed into two weeks. The girls handled all of that driving like champs. You can hear all about the trip on our podcast.

One week after we returned home, Melissa was able to fly out to Colorado with baby Amber and surprise her sister Melody.

September saw us check an item off our bucket list: we attended a standup special featuring Brian Regan, our favorite comedian! That night may have been the hardest we laughed all year.

The last big event we attended was our first NFL game in November. We met up with Brian’s family in New Orleans and watched the Eagles play the Saints. Since half of the family are Eagles fans and half are Saints fans, only half left the game happy. 🙂

Brian also made it to his first NBA game with Tim to see Tim’s Miami Heat beat the New Orleans Pelicans. Tim also finished the year with us, spending the Christmas week playing board games and introducing Brian to some Binzel-favorite Christmas movies.

Lydia was finally potty trained this past February! It has been so nice to only have one diaper to change in this house. She also started doing some preschool classes at a homeschool co-op hosted at our church. At the end of the year she sang her first church special with Melissa.

Melissa accomplished several home projects, including a busyboard for Amber, an apron for Lydia, a dice tray for Brian, and a framed board game for them all.

Brian started being more health-conscious and lost 20 pounds. At work he got a promotion and started a ping pong league. And his major project was sfc.blue, a listener’s guide for our favorite podcast, The Sci-Fi Christian.

It was a great year, and we’re very excited about all that 2019 has in store for us. Wishing you all a Merry Christmas and a Happy New Year!