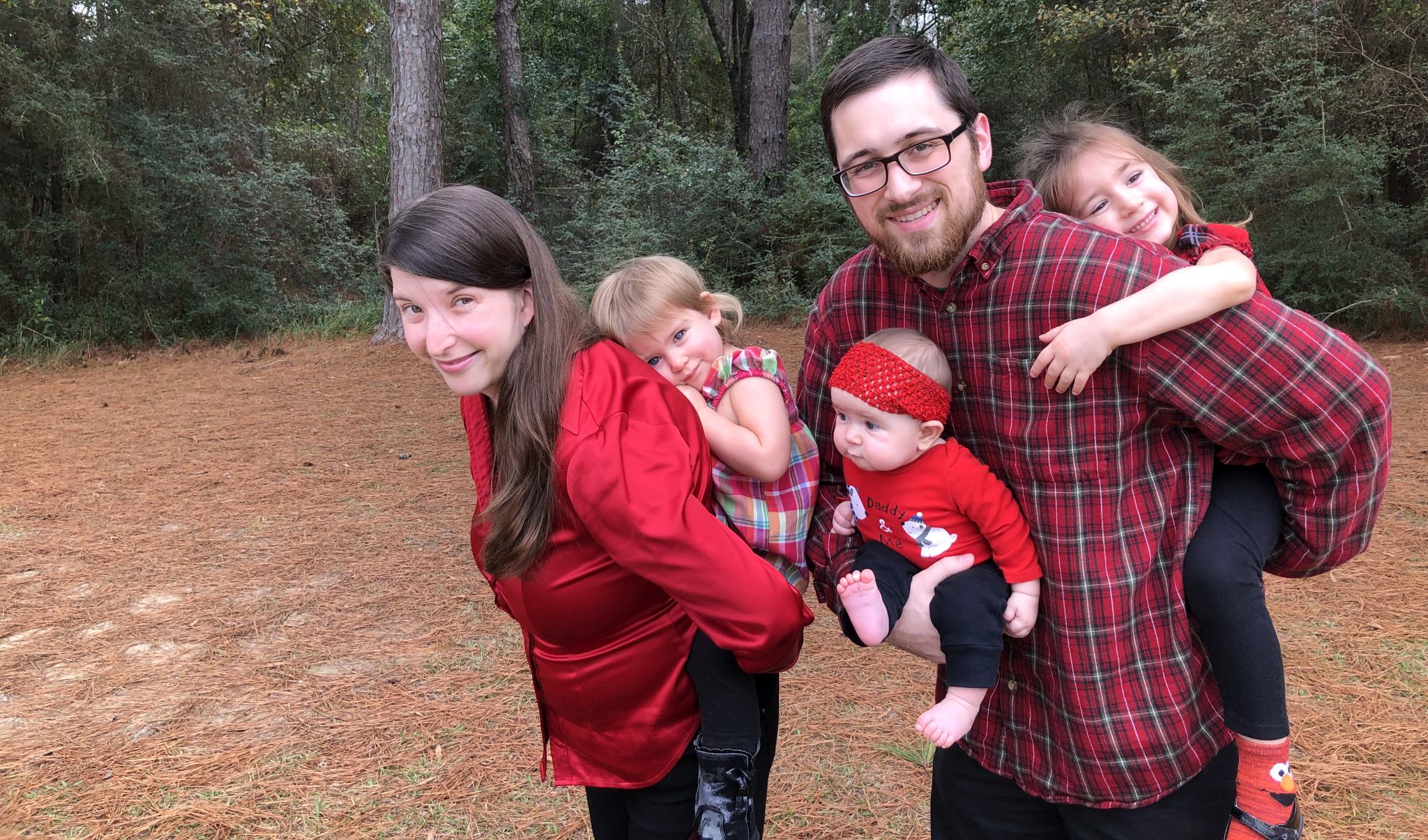 What a year! In January we went on our first-ever cruise, a Dice Tower cruise with Royal Carribean. While Grandma and Grandpa Koser watched the girls for a week, we traveled to Haiti and Jamaica and back to the States, playing board games, hiking across the ship, watching dolphins, hiking some more, eating great food, and hiking till we wore out! In Haiti, we went snorkeling (Melissa’s first time!), and to this day it remains one of her most treasured memories. Another fun activity was a murder mystery dinner. One morning we decided to watch the sun rise over the ocean, but almost missed it due to losing each other on the enormous deck of the ship. We certainly got our exercise that morning! In Jamaica, we got to eat authentic Jerk Chicken, and it truly can’t be replicated out of the country. On the last day or two, we took a dancing class where we learned the cha-cha. While we can’t claim to be graceful, at least we kept up with the rhythm.

In April, we took a road trip through South Carolina, North Carolina, and Tennessee. The first stop was to see Matt Koser graduate from college! We considered moving in 2020, so we took the long way home to check out the area. We used AirBNB for the first time; some of them were truly delightful. Our favorite had a hammock, rope swing, seesaw, zipline, and some animals for the girls to play with. There was a burger restaurant named Al’s that had perhaps the best burgers we’ve ever eaten, all of it from locally-sourced farms.

During our travels, Brian still had to work, so Melissa spent the days visiting local attractions with the girls. One of their favorites was a Discovery Museum in North Carolina, filled with different play stations such as doctoring stuffed animals, running a farm, sailing a pirate ship, and much more.

At the end of May, we flew out to Colorado to visit Melissa’s sister Melody, and her husband Nate. We had a great time playing board games and reconnecting. One day we drove to a fair in Boulder, where we ate greasy food and bought great stuff we didn’t need. Another day we drove from Denver to Fort Collins and back, checking out the towns in-between.

One last highlight of our trip was attending a Rockies baseball game. We rode the monorail to and from the game, and even though the Rockies lost, we still had fun.

In August, our precious Penelope June was born, on the day after Melissa’s birthday! She weighed 7 lbs. 9 oz. and seems to resemble Brian the most. She is very mellow and happy—she loves watching people and playing with her family. She almost never fusses: her goal seems to be to make life as simple as possible for mommy and daddy.

Inspired by a trip to a Little Mermaid ballet in May, Melissa signed Lydia up for ballet classes, which she began in September. She is more agile and balanced, and is excited for her recital in May. Amber of course can’t wait to participate in classes next year!

Lydia also started learning how to read, and by December was reading short sentences and writing many letters.

Amber’s achievements in the fall were potty training and using full sentences! Her diction is good for her age, and she’s developing so rapidly.

Melissa accomplished several goals for the year! She and her friend Tristan Wedge repainted Lydia’s old crib into a beautiful toddler bed for Amber the month before Penny was born.

During November and December, she converted an old chair into a toy kitchen for the girls, which we presented at Christmas. By the end of the year, she finished reading a 900-page book on the science of cooking, called The Food Lab. She will be teaching a homeschool co-op class based on much of it in the spring of 2020.

Speaking of projects, Brian has worked hard to update our podcast Ten To One, and his brother Matt designed the bold and fresh look it currently sports.

Brian has become an integral and respected member of his company. In 2019, he coordinated getting his company into a recruitment even at our alma mater, and it's now a part of their annual recruitment schedule. He also won the office Halloween Costume Contest by dressing up as his co-worker, Peter!

We’ve enjoyed some precious parent-daughter dates this year. In March, Melissa took Lydia to a Fancy Nancy party at our local library. They danced, decorated a cookie, made jewelry, and had fun being girly. In May, there was the Little Mermaid ballet. In July, we attended one of the last games of our former local Minor League Baseball team, the Mobile Bay Bears. In October, Brian took the girls to dance with and meet Cinderella, Sleeping Beauty, and other princesses at the civic center downtown; they still talk about it, and ask when they can do that again.

A few weeks later, Brian went on a date with Lydia to see Spirited Away in theater, a movie which they both love. And just a couple weeks after that, Melissa and Amber attended a Sesame Street Live performance, again at the civic center.

Tim Binzel joined us for Christmas again this year, and two days after we wrapped up the year by visiting Brian’s parents in Louisiana. One highlight was that the girls got to meet their Great-Grandma Sabol! She and Mom Koser took them to see Frozen II in theaters on the last day of the year, and it’s become one of their favorite memories.

It’s been a full and exciting year, but we know that it just gets better with each new day. God has blessed us so much, and we are thankful to have each other. We’ll see you next decade!